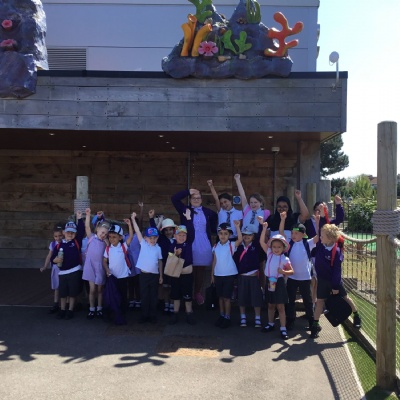 What a fantastic day out at Skegness Aquarium!

As part of our 'Underwater' theme, today we visited Skegness Aquarium. The children were very excited to be travelling on a coach and despite the numerous "are we nearly there yet?" they enjoyed spotting various things on the way such as tractors in the fields of different vegetables; the Maud Foster windmill in Boston which sadly was not milling today; the fairground rides at the Pleasure beach; and of course seeing the sea!

Once we arrived at the aquarium we had a quick safety talk before heading to our classroom session. This involved us working in teams to earn points. We learnt about the different creatures that live in a rock pool, coral reef and in the open ocean. Did you know that an octopus has 9 brains and 3 hearts?! Here is a photo of Beanbag, the aquarium's very own intelligent octopus! 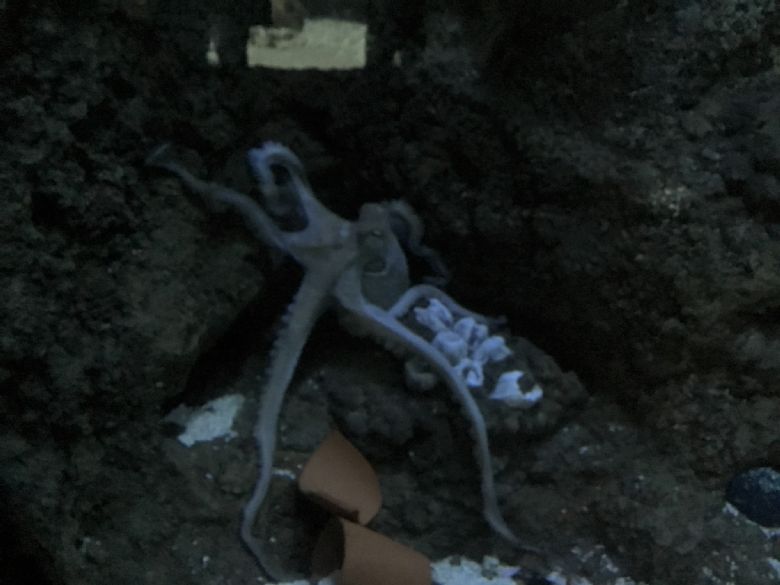 We then moved to the main tank to watch feeding time. The children were most excited by the diver coming into the tank! He even had a special whiteboard to write on to answer our questions. The fish swimming gracefully in the tank was mesmerising and the children were all busy spotting the different fish, rays and sharks. Nudge, the zebra shark, was popular and received several waves when he swam past with a large chunk of mackerel in his mouth! 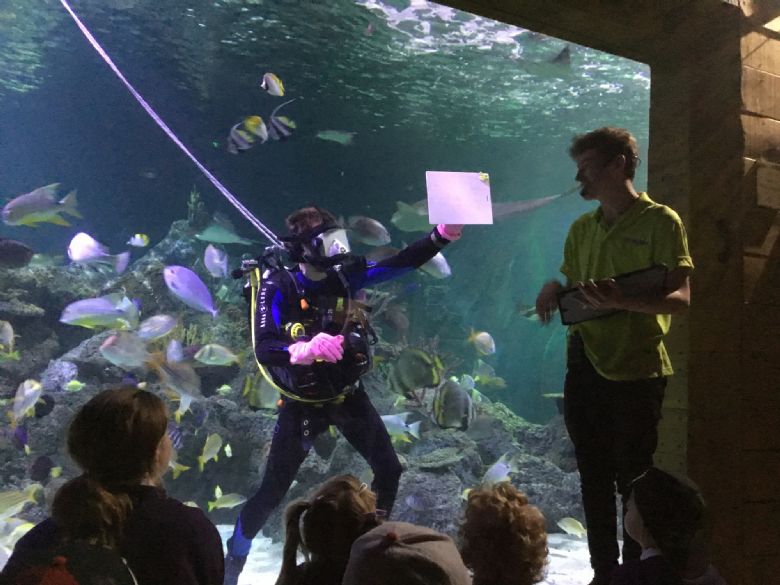 After watching the feeding it was time for our very own feeding session in the cafe. The children tucked into their lunches whilst looking out across the boating lake and to the sea in the distance.

For the afternoon session we split into two smaller groups. During the afternoon we got to see more tanks with sea creatures such as jellyfish, lionfish, axolotl, lobsters, clownfish and sea urchins. There were also some dart frogs, centipedes, cockroaches and rats. A source of fascination for the children and adults alike was the animated sandbox. Here, the children were able to move the sand around with their hands to create different terrains which included mountains, volcanoes, sea and beaches. There were even fish and other creatures swimming in the sea! 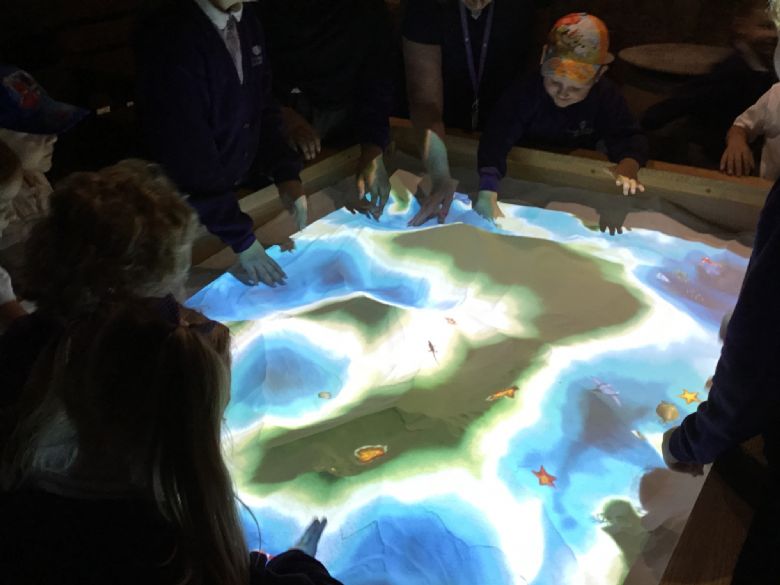 Following this, the children were introduced to more technology with 'Draw alive'. Children were able to colour in a turtle, fish, pufferfish or seahorse. They then placed it under a scanner which transformed the image to an animation which was 'whooshed' out of the pipe and into the sea! The children's artwork was then seen swimming around on the large screen for all to enjoy. 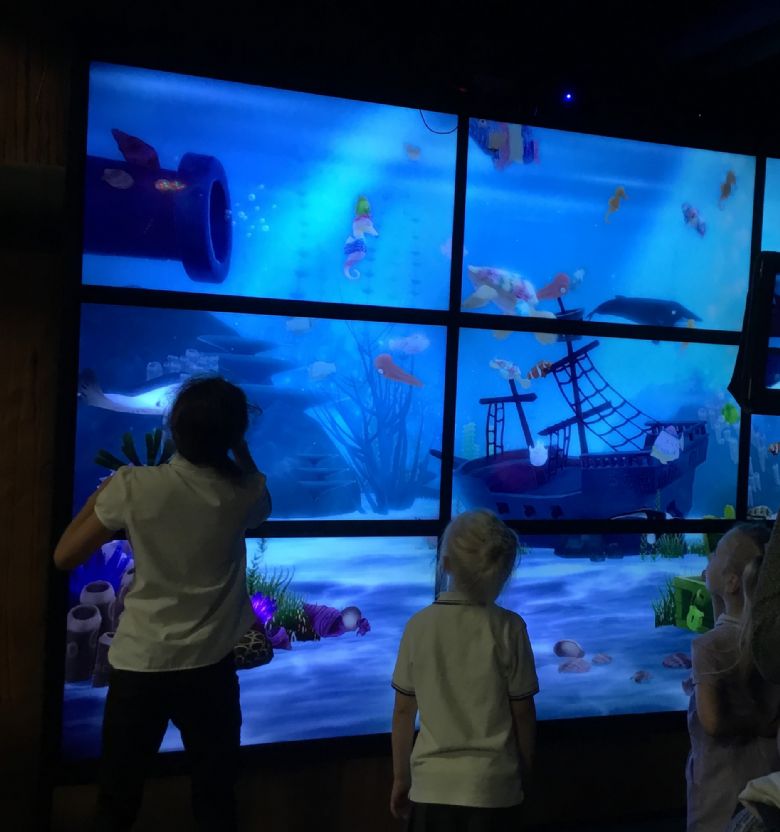 We have had such a fantastic day and both adults and children have learnt lots about the different sea creatures. A huge 'thank you' to Skegness Aquarium for looking after us today and making our visit so enjoyable.