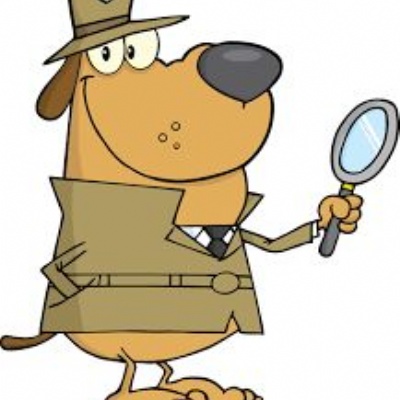 After discovering a mess in the home corner, LIttle Penguins became detectives!

This morning there were puzzled looks on the faces of the Little Penguins as they came into class. When they ventured near to the Bear's cottage (home corner) they discovered that it had been taped off and there was a rather large amount of destruction to be found! 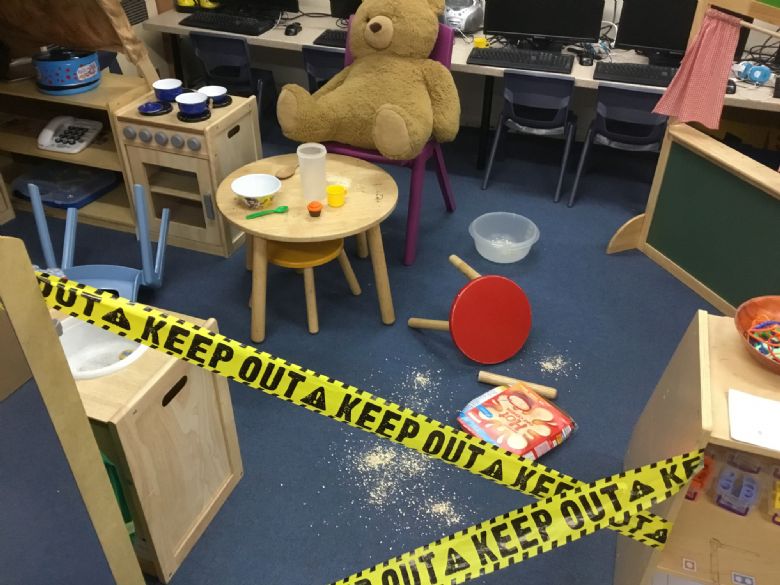 After the initial shock we sat together and talked about how it may have happened. Mrs Baldock reported that she left the classroom  last night after her meeting and everything was tidy. When she came into the classroom this morning she made the shocking discovery.

Armed with magnifying glassses the children began looking for clues. They noticed the following;

*oats on the table, floor and in a bowl

*bowl and spoon on the floor

*empty oats box on the floor 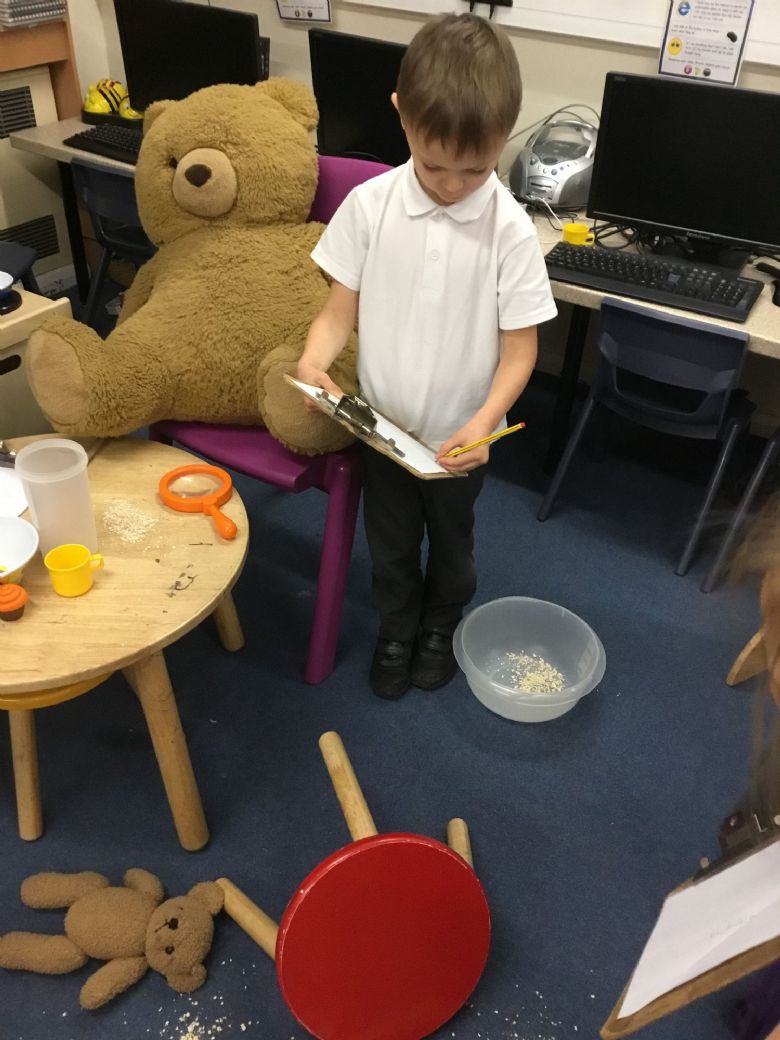 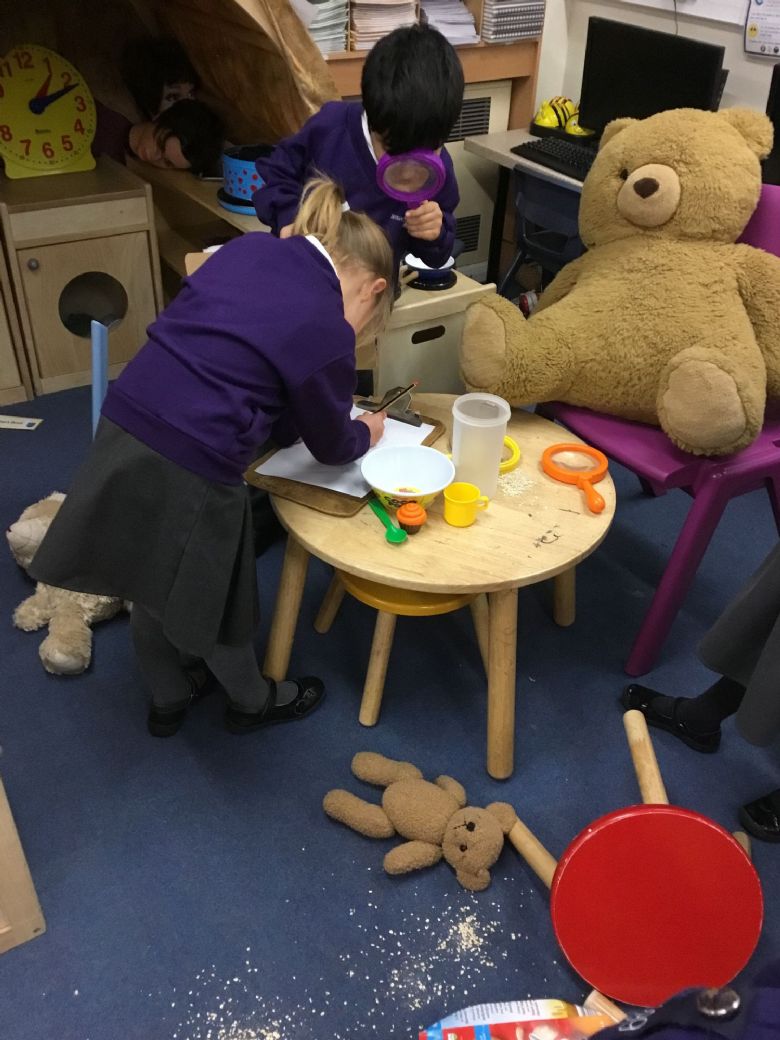 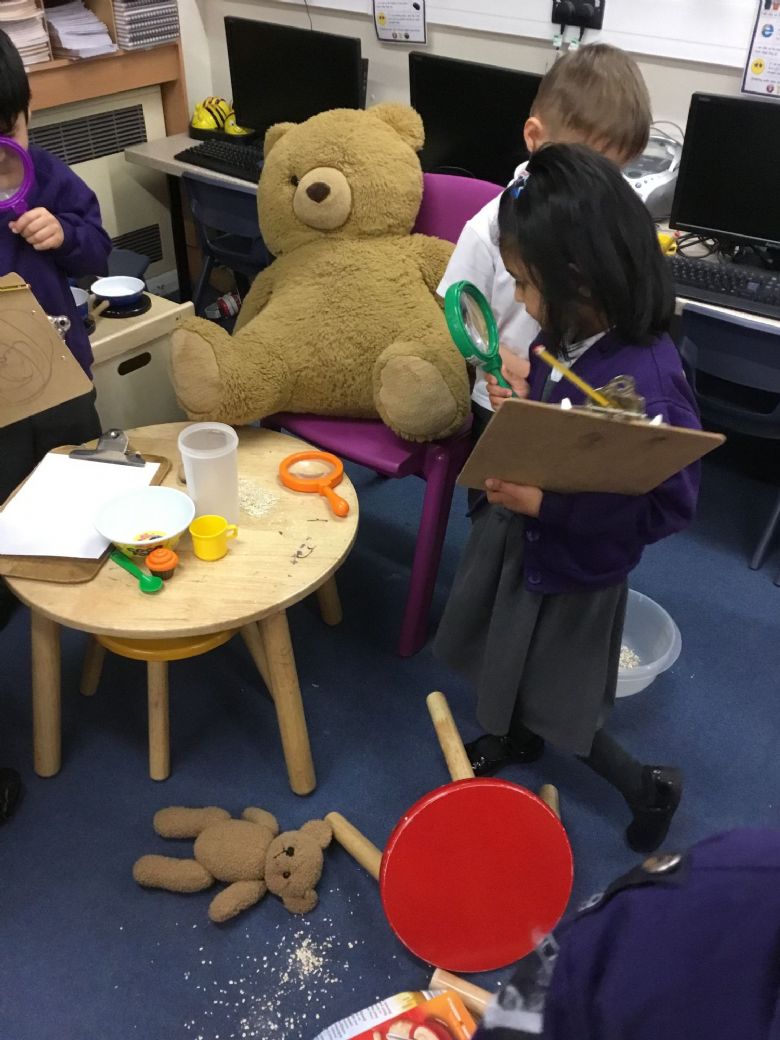 Who could have made such a mess? The children soon began to piece the evidence together and came to the conclusion that it was Goldilocks. The bears were all in the cottage and Goldilocks was nowhere to be seen. Where had she disappeared to? A group of children made posters in the search for Goldilocks. 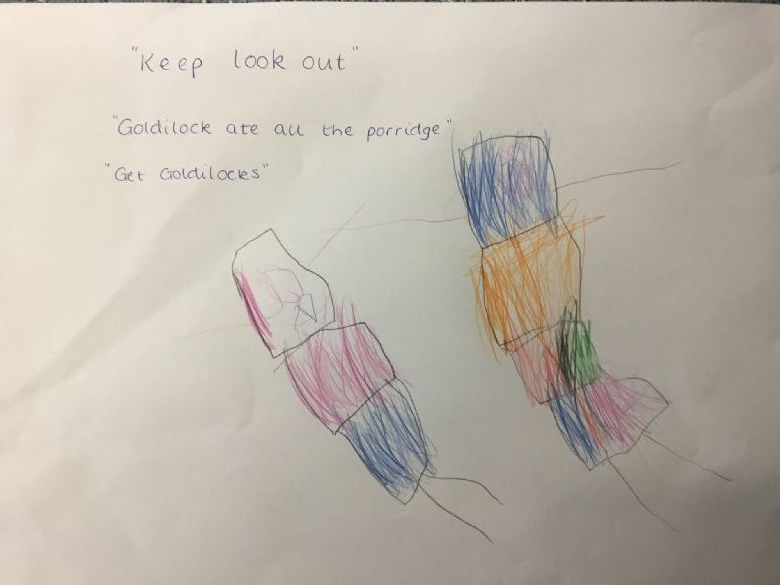 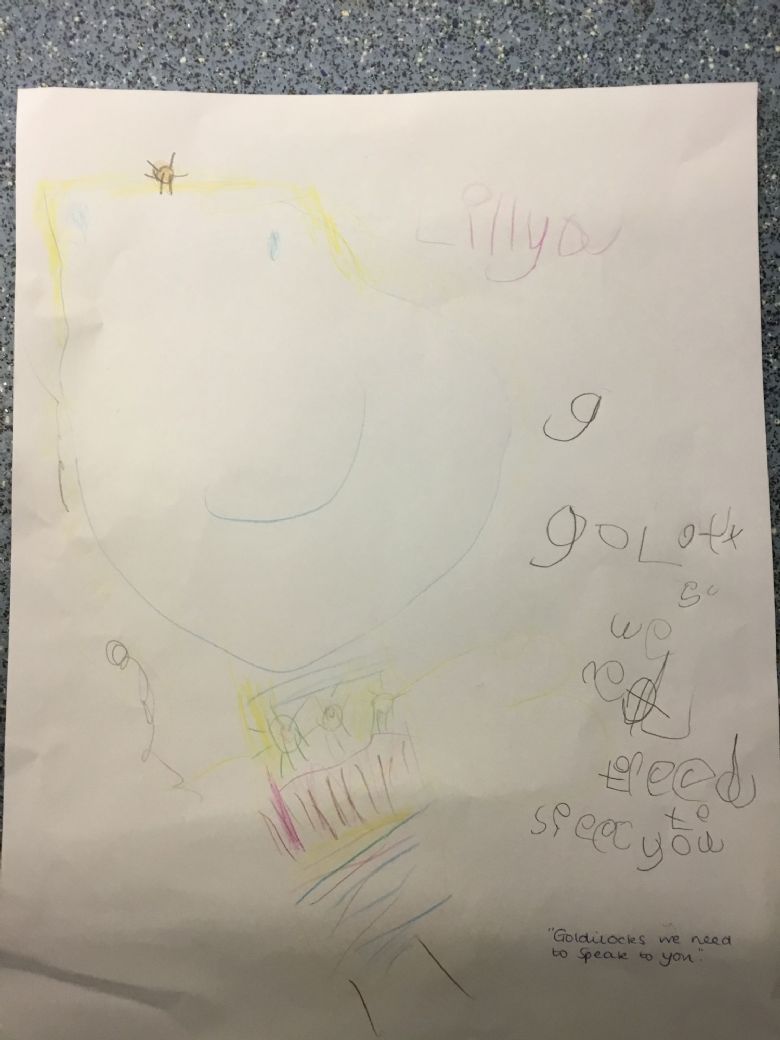 What a fantastic experience today has been. The children have really engaged in some fantastic dialogue, asked very pertinent questions and come up with some interesting conclusions as to who did it! We can definitely see some future detectives in the making.