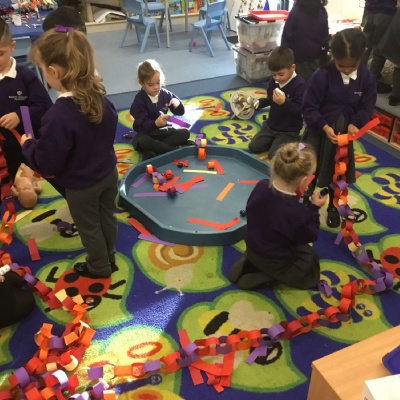 Over the past few weeks the children have been very busy exploring ways to join paper together such as glue stick, PVA glue, sellotape and paper clips. Today they were presented with strips of paper and glue sticks. After being shown how to join the paper into a loop then attach another one to it, they eagerly set about making paper chains. Initially the children worked independently, competing with their friends to make the longest chain. This promoted talk about how many chains they'd used. Children were counting confidently beyond 10 and discussing which was the biggest number.

Yusra laid her chain along the floor and asked Robert to lay his next to it. Yusra correctly said "Mine is longer than yours Robert". She had made sure the ends were together so that it was a fair measurement. This caused great excitement amongst the other children who then began to compare their chains. Some children held their chain against their body "I'm taller than my chains" said Daniils. Super vocabulary of longer, taller and shorter was being used correctly by the children. 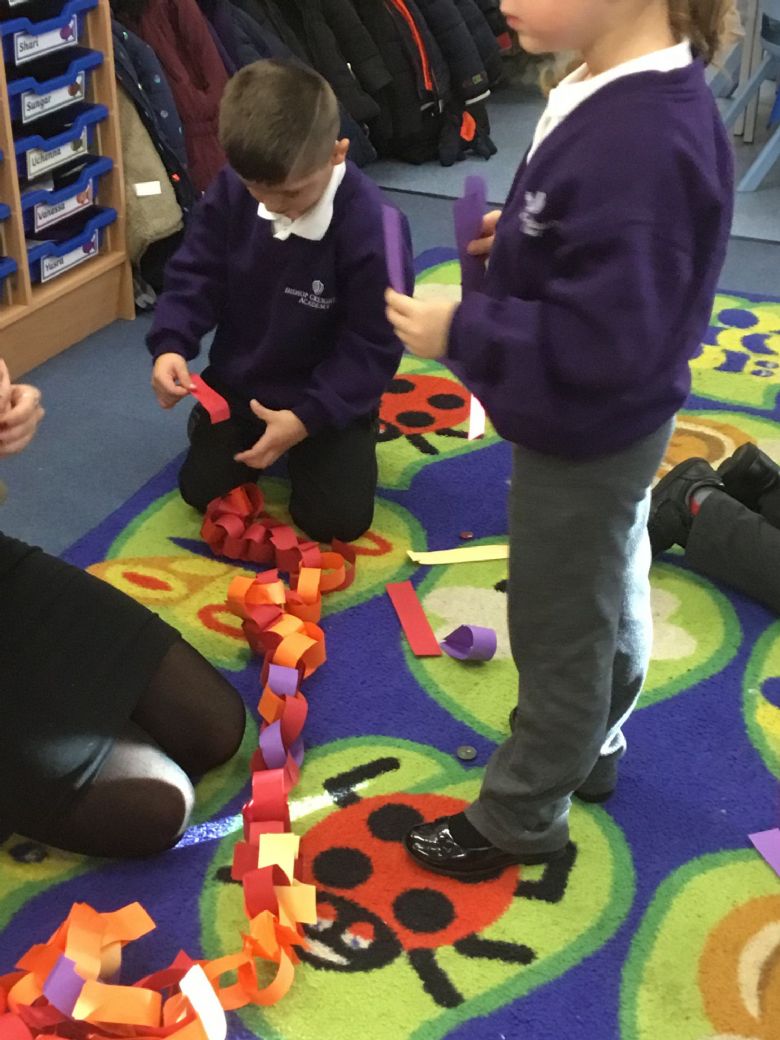 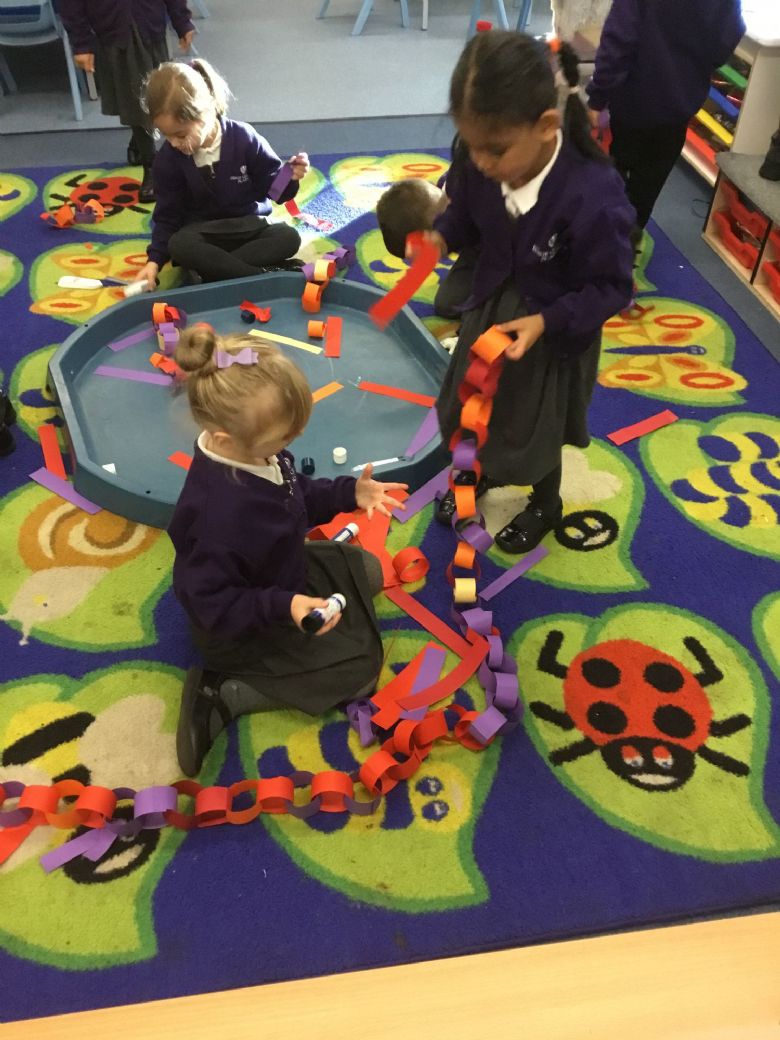 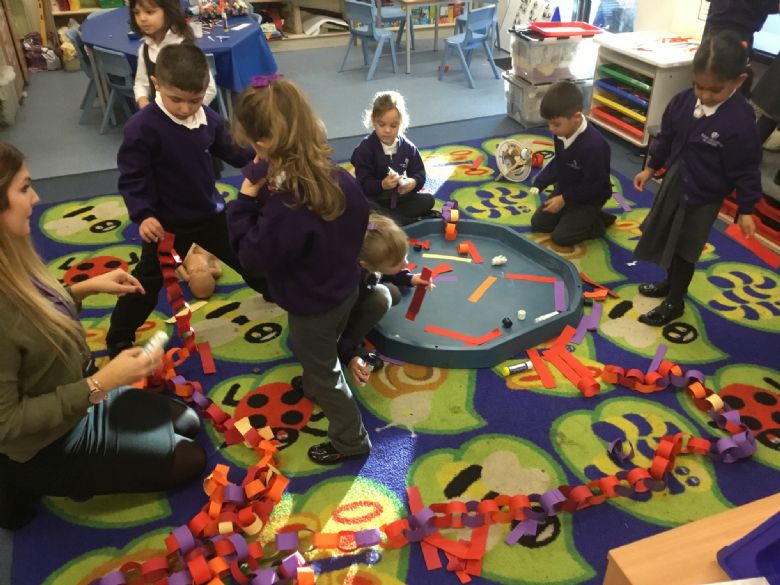 Mrs Baldock then set a challenge "Can you make a paper chain that is long enough to get from one side of the room to the other?"

After a few moments of laughter, the children quickly grabbed strips of paper to join all of their chains together. We decided to check if the chain was long enough. With the help of several hands, we managed to lift the long paper chain and hold it against the wall. Miss Brown was on the other end, but unfortunately the chain wasn't quite long enough. Lydia looked at the gap to the wall and noticed that it wasn't a very big gap. "I think we need 6 more chains" she said. The children made some chains and added them to the long chain. With a few more helping hands we measured again and it was a perfect fit! 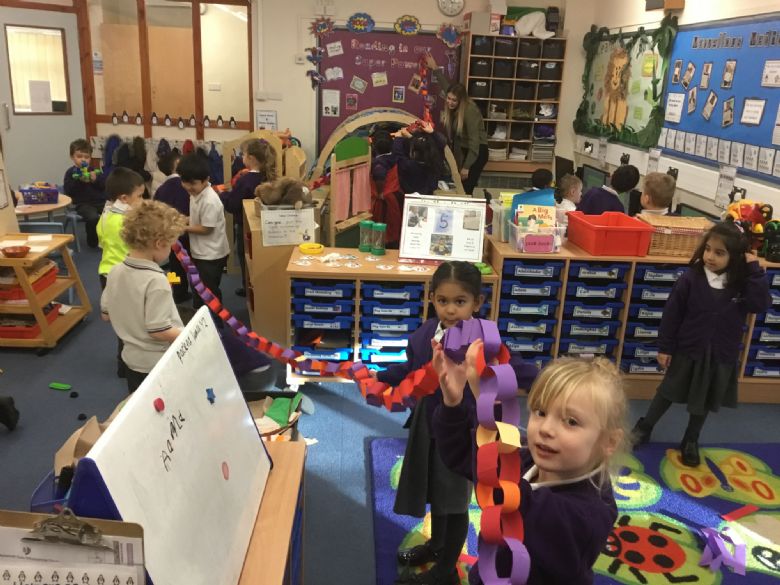 The paper chain is now hanging very happily in the classroom with photos of the making journey attached! I wonder if we could make a chain long enough to go all the way round the classroom?!? What about down the  corridor?