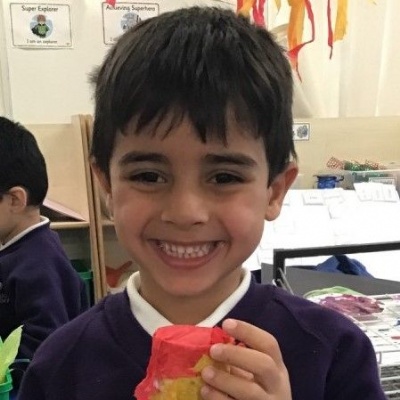 This week we have been learning about how and why people celebrate bonfire night and Diwali.

The children have had lots of fun exploring colours and a range of sounds this week.

The week started off on Monday by talking about firework safety and how dangerous fireworks and bonfires can be if we don't follow the rules. The children showed a very mature attitude to this and were determined to share their knowledge with their parents and friends. Some children made posters and wrote important messages on such as "Don't touch fireworks"; "Never touch fireworks"; "The bonfire is very hot" 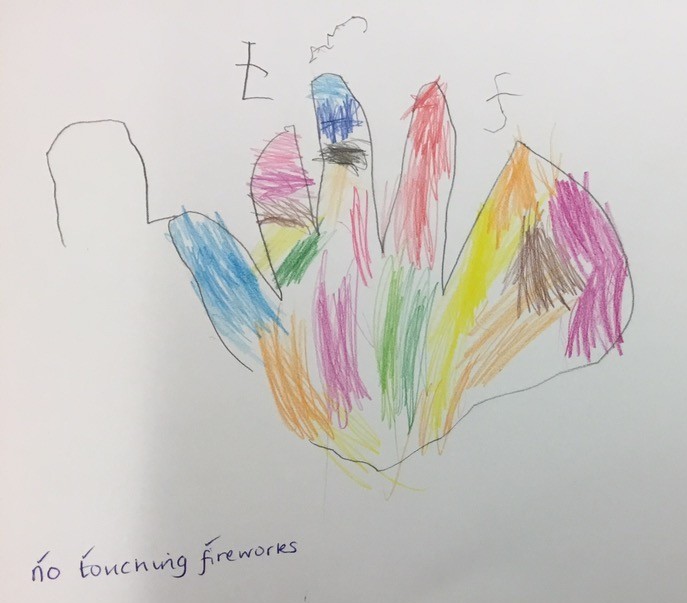 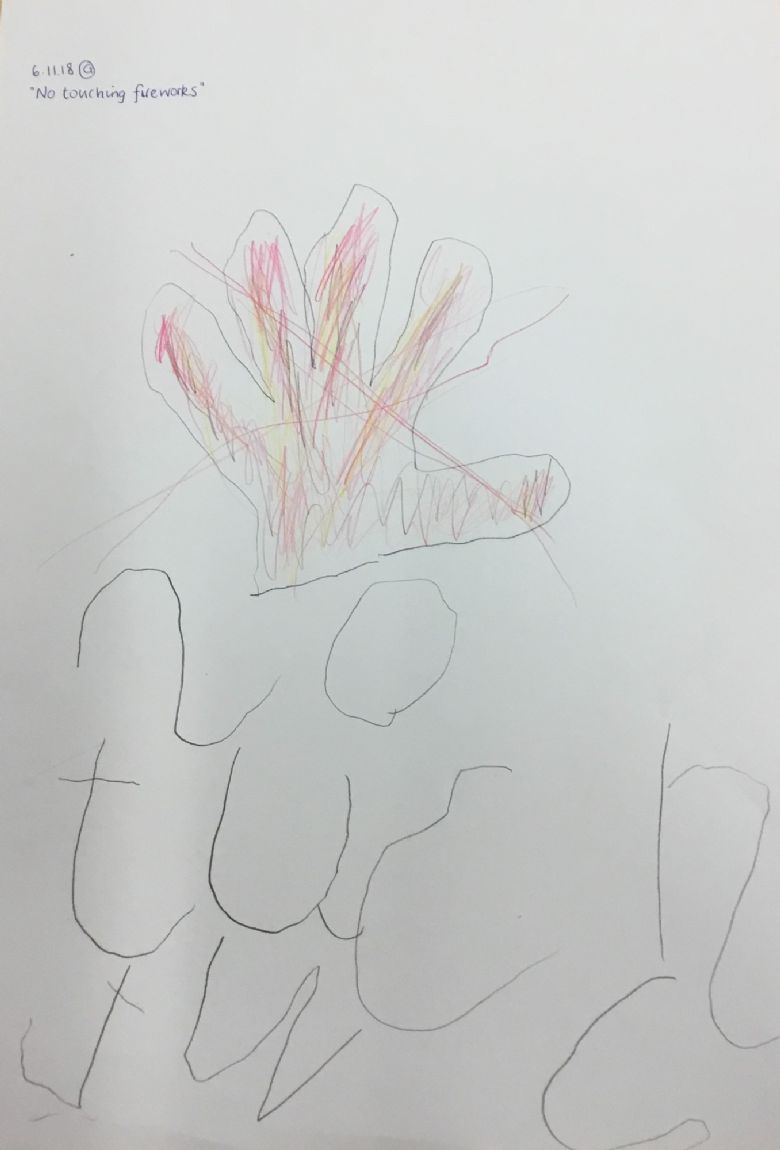 The children have also been creative by designing and making their own rockets to go on display. There was lots of talk about the colours they were choosing and how fast their rocket would fly!

My rocket will go bang, bang and crash in the sky. It will be rainbow colours 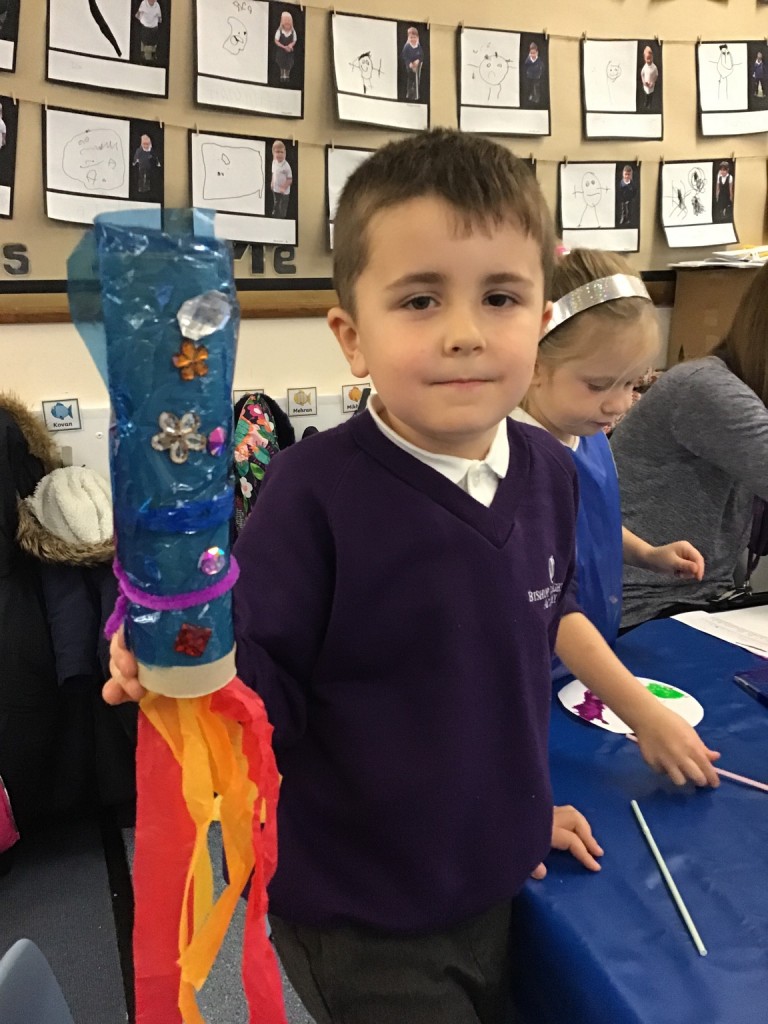 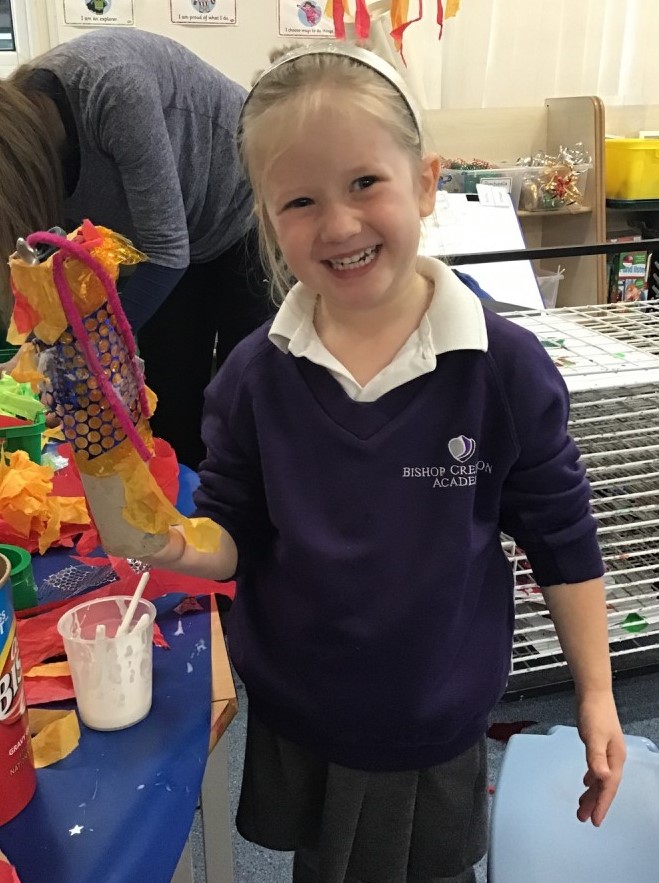 The rockets have been hung on a washing line in front of our splatter painting that we did at the end of last week along with our posters.

In the outdoor classroom the children have been using the instruments to create firework sounds. They have also used the ribbons and pom poms to make their own firework dances. The children enjoyed rehearsing their routines then performing them on the stage whilst their friends sat and watched. 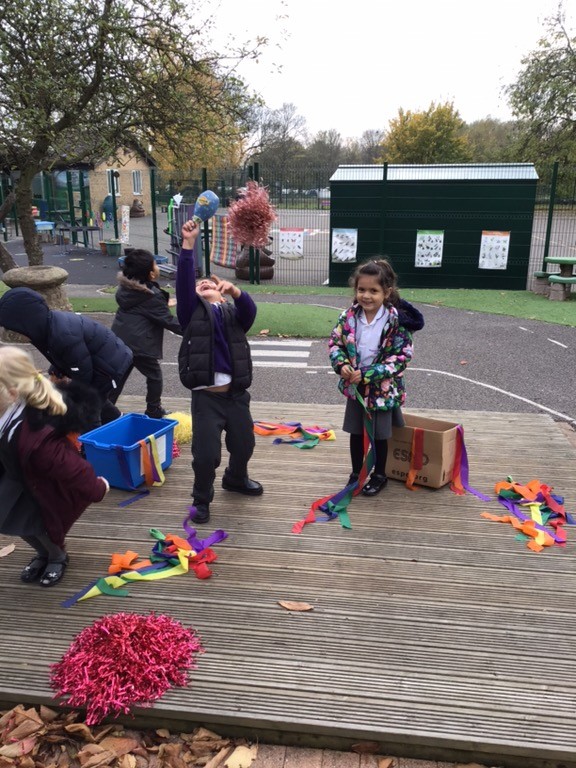 On Wednesday we turned our focus to Diwali. We began by listening to this story of Rama & Sita; 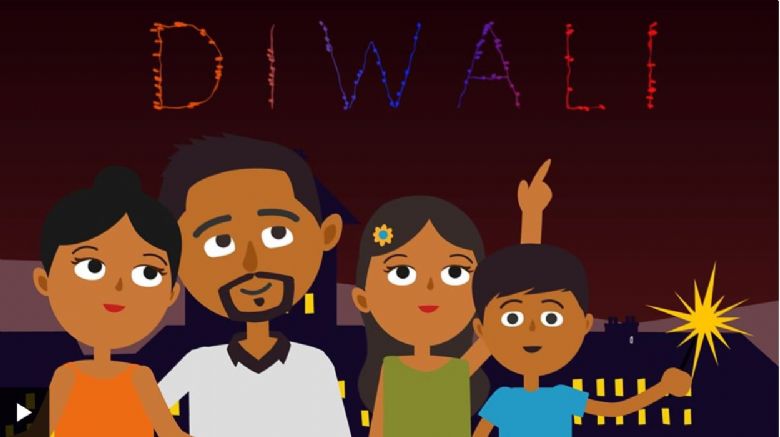 The children were fascinated by Ravana and how he played lots of tricks on Sita so that he could capture her. The children used masks and stick puppets to act out the story. 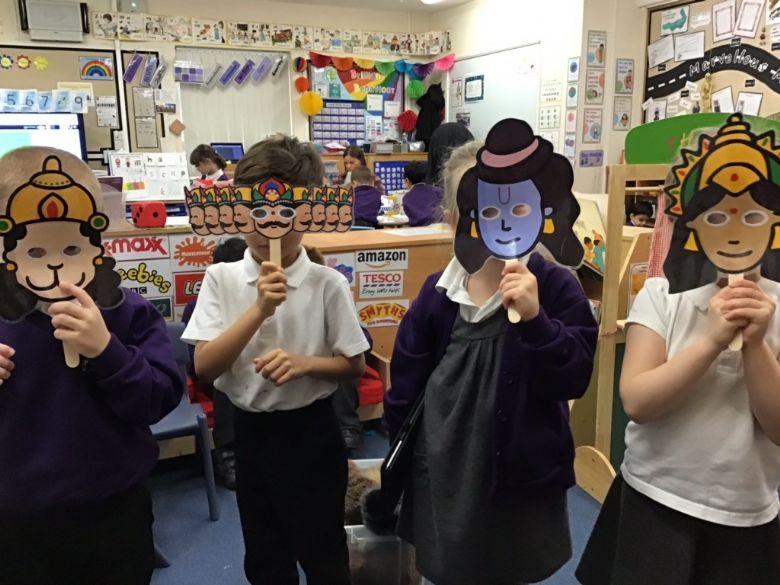 On Thursday the children made some Diwali sweets using condensed milk, icing sugar and coconut. They used the weighing scales to measure the ingredients and took turns to stir the mixture before spooning it into cake cases to set.

It looks like cream [talking about the condensed milk]

It smells like ice cream [talking about the mixture] 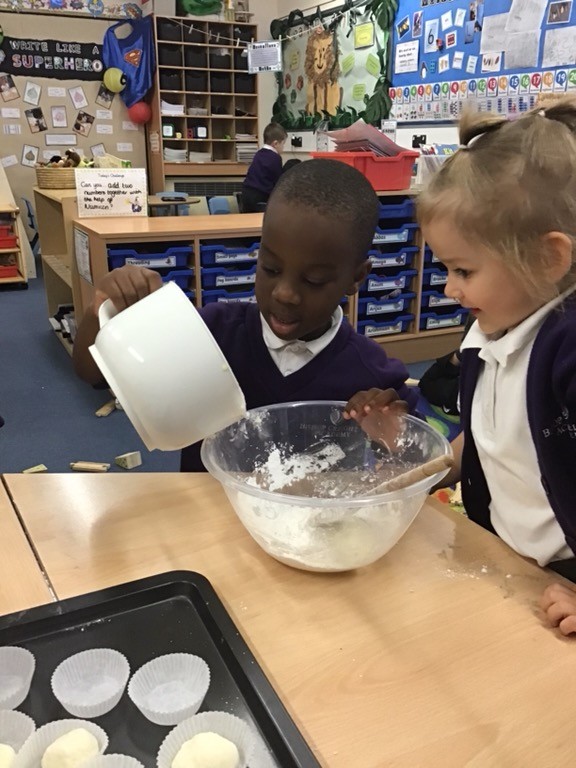 The children also learnt about Rangoli patterns, noticing that the patterns were symmetrical. Using coloured rice they created their own patterns. 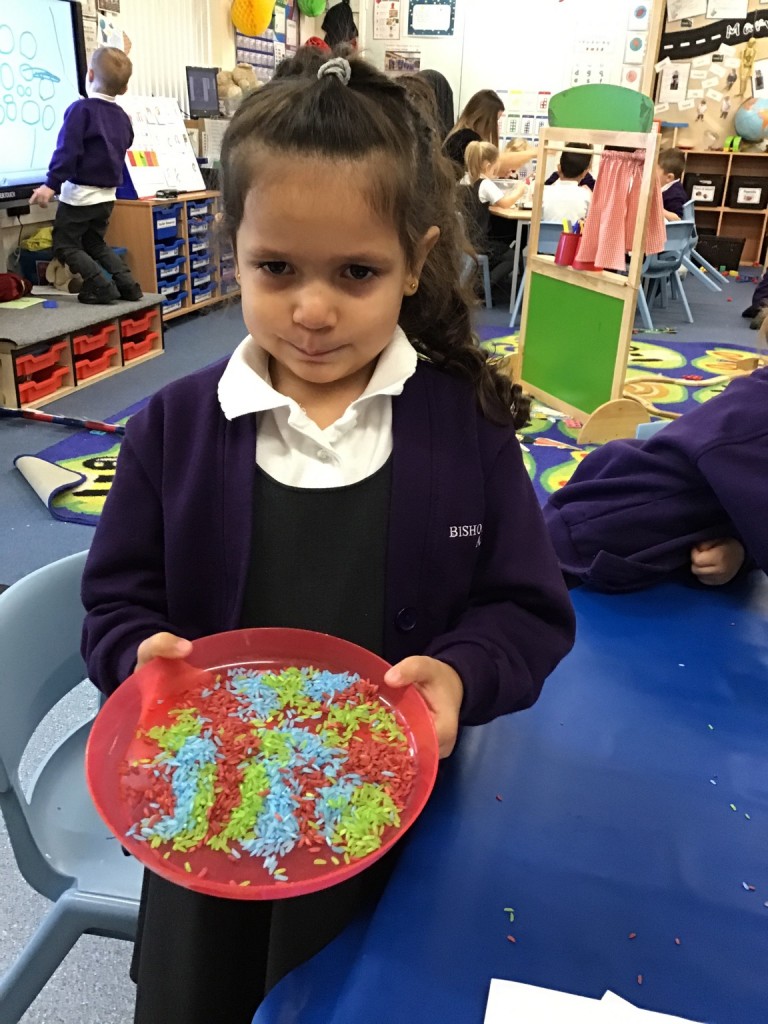 What a fantastic week of learning. Click here to see more photos in our gallery.