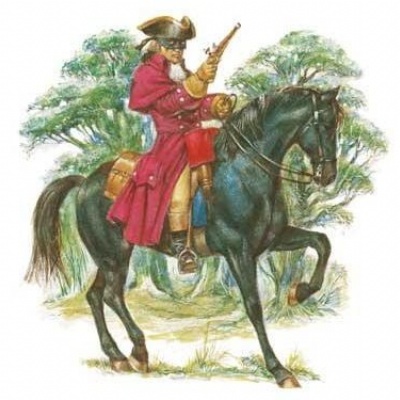 With the start of a new term bring a new topic. Children in year 5 will be learning the poem The Highwayman.

With the start of a new term bring a new topic. Children in year 5 will be learning the poem The Highwayman. This week we have read the poem, illustrated out own version of the poem and research Who/what the Highwaymen were.

Did you know a highwayman was a type of robber who attacked people who were travelling? Highwaymen often rode on horses. They were common in the British Isles from the time of Elizabeth I through to the 1800s.

Some highwaymen robbed alone but others worked in gangs. They often targeted coaches because they did not have much defence, stealing money, jewellery and other valuable items. The penalty for robbery with violence was to be executed by hanging.

One of the most famous highwaymen was Dick Turpin, who was hanged for his crimes in 1739. Ben Hall was said to be one too.

The children also spend time on the computers researching all about highwaymen and found out...

Alfred Noyes wrote the poem ‘The Highwayman’ in August 1906.  Allysha B

Unfortunately, maps weren’t available until the 1760’s and signposts didn’t exist so the chances of getting stopped by a masked man , especially in winter, were all too common.   Samuel M

Highwaymen are usually creeping about in the evenings and stealing from people as they travel.  Elijah J