Why do we wear poppies? 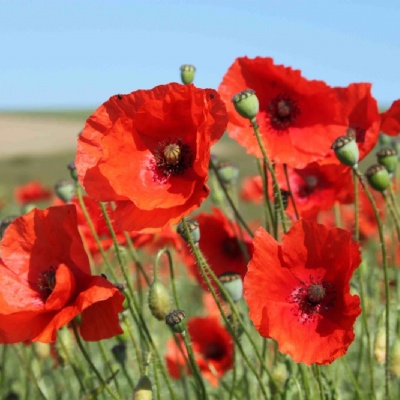 Last week children in Year 5 painted poppies. Why do we wear poppies?

Last week children in Year 5 painted poppies. Why do we wear poppies?

In Flanders Fields - by John McCrae

In Flanders fields the poppies blow

Between the crosses, row on row,

That mark our place; and in the sky

Scarce heard amid the guns below.

We are the Dead. Short days ago

Loved and were loved, and now we lie

Take up our quarrel with the foe:

To you from failing hands we throw

The torch; be yours to hold it high.

If ye break faith with us who die

We shall not sleep, though poppies grow

Ever since then, they have come to be a symbol of remembering not just those who gave their lives in World War One, but all those who have died on behalf of their country.

Every year poppies are available throughout the country and people give a donation in order to get their poppy. The money raised from these donations is used to help servicemen and women who are still alive, whose lives have been changed by wars that they fought in.  The charity that runs this Poppy Appeal is called The Royal British Legion.