Our Visit to Castle Rising 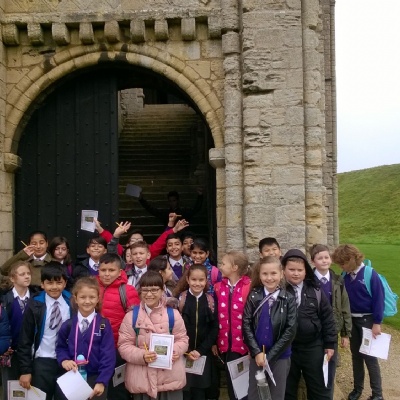 On Wednesday 27th September, both Year Five classes went to Castle Rising. It was a very exciting and we learnt lots of facts. Read on to hear Samuel's account of the visit...

On Wednesday 27th September, both Year Five classes went to Castle Rising. It was a very exciting and we learnt lots of facts. Castle Rising is in Kings Lynn. So it was about one hour’s journey. Some people slept, but others didn't. There were lots and thing to look at and the scenery was spectacular. However, we did see a lot of the countryside.

When arrived at Castle Rising there was a lot of dust; that made our shoes very dirty! Then we walked on wet grass. Castle Rising was quite big - some people were astounded. Unfortunately, it was in ruins. Everything was crumbling apart.

I was amazed by all the rooms in the castle. Each room was different to the last and as we walked through I noticed some were very smelly and old, but they were really cool! After we had explored the inside of the castle, we ventured outside.

While outside we saw two trees. They had been planted by the Prince and Princess of Wales. After that, we went up some stairs that led to the enormously tall hills and what was left of the castle's curtain walls. We walked around the hills in small groups. Everybody felt like they were going to fall. After walking around it was lunchtime! We ate and sadly, we had to leave. It was truly an adventure.