Wow! What a great day we've had today! The Tigers walked down to Peterborough station before being whisked away to Wansford on Helga - a restored vintage railbus!

Almost as soon as we set foot in the academy today it was time to head straight to the station. After a walk through town and down past the river (including a short hop over a bit of flooded path!), we arrived at Peterborough Nene Valley station. There we waited, until one very observant Tiger shouted "there's the train!".  Gliding smoothly down the tracks towards us was Hegla - our very own train for the day! 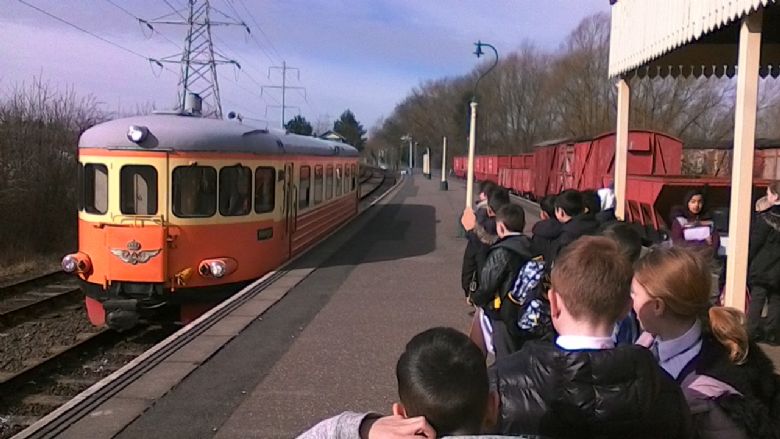 Helga is a restored railbus, origninally from Sweden! Inside, she looks just like she did when she was in service many years ago. We climbed aboard (minding our heads - the doorway was quite tight!) and were issued a ticket for our journey. As we rolled down the tracks, listening to the sound that the train made as it bumped over the rails, we thought about the poem we have been learning about in class. We looked out of the windows, and saw many of the same things mentioned in the poem "From a Railway Carriage" written many years ago. We chanted the poem in time with the rhythm of the train, and really felt just like Robert Louis Stevenson must have done when writing the poem. 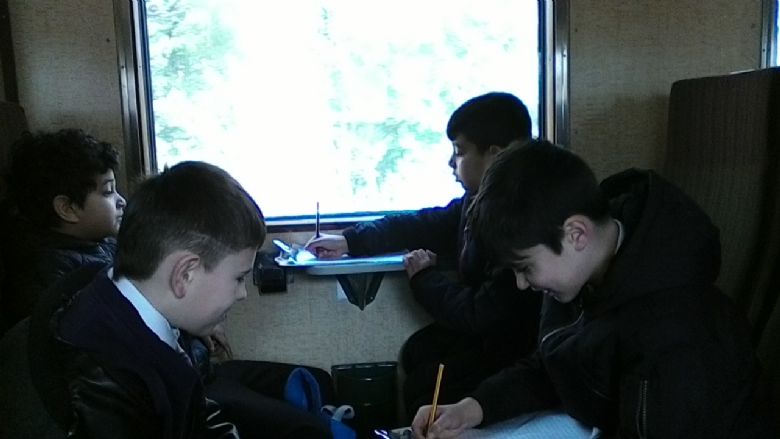 Before long, we had arrived at our destination - Wansford Station. Here, we were treated to an extensive tour of everything the station had to offer, including the signal-box (where some lucky children were even allowed to have a go with the levers!), the station house, the machines for weighing cargo (did you know Mr. Dean weighs about the same as two students?!) and the official Thomas the Tank engine. We watched from the bridges as engines and carriages, some diesel and some steam, shunted around the station and the sidings. We saw the parallel lines the train tracks make from above, and learned about some of the science that turns water into steam, and how this powers a train. And that's not all! We were also invited into the learning centre where the volunteers at the station taught us about Robert Louis Stevenson's life and travels around the world. 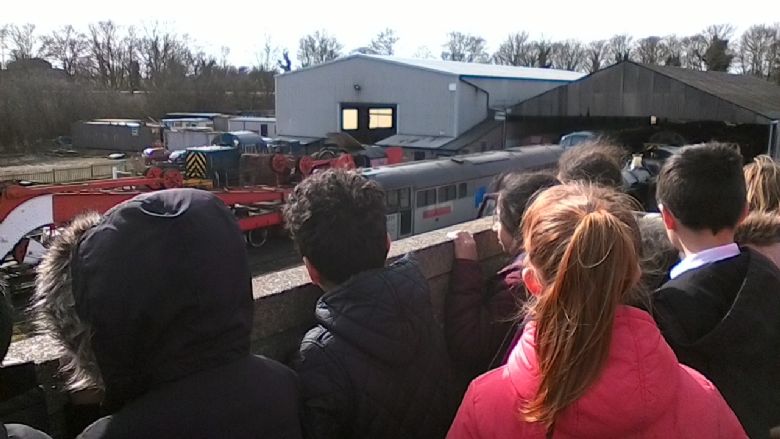 It was an action-packed day, but there were still some surprises in store for the return journey. We went through a long tunnel, where the driver turned off all of the lights to show just how dark it can get underground. Most excitingly of all, we were also invited into the drivers cabin and saw the railway from a perspective most don't get to experience! Most of the time train passengers look out the side windows, but we got to see from the drivers perspective, learning the meaning and importance of all the signs that tell the driver where to go and what to do! 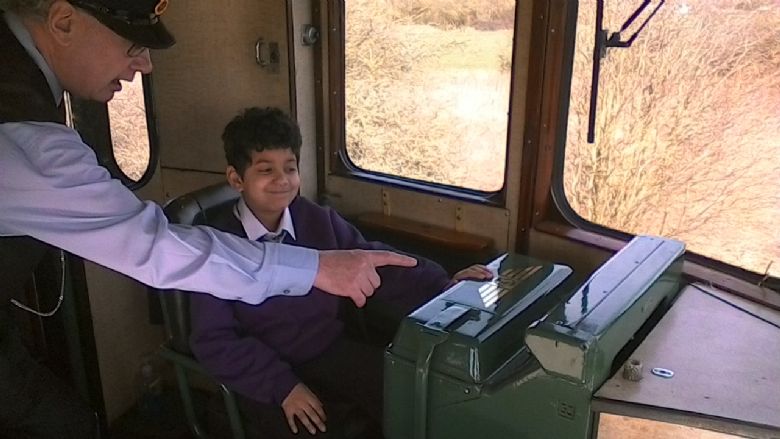 Please check out our photo album of the day for lots of pictures of all the special things we saw. A huge thank you also goes out to all of the staff and volunteers at the Nene Valley Railway who really went out of their way to answer all of our questions and make us feel very welcome.