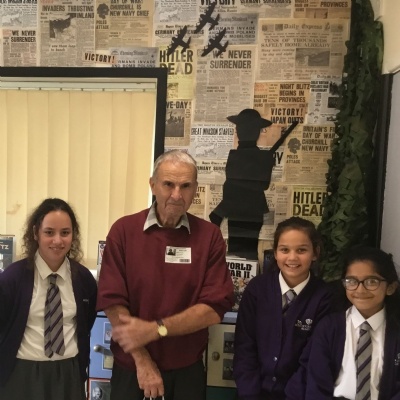 Today, Year 6 were extremely lucky to have a very special visitor for the afternoon. Currently we are learning all about Would War 2, so what better what to find out more about it than ask someone who actually lived through it! Mr Coles' father, who was a young child during the War, spent the afternoon with us answering endless amounts of questions. 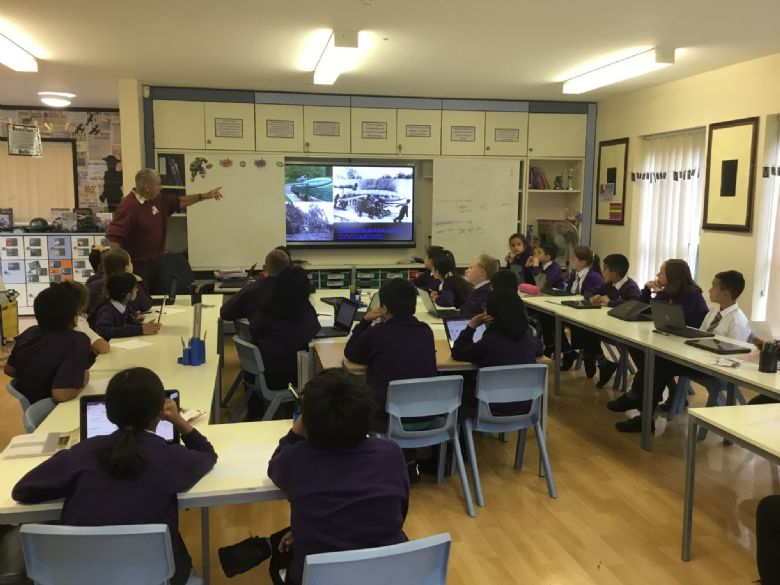 After a week and a half of delving into the War in previous lessons, we had an abundance of questions we were eager to ask. We talked about what it was like to live off rations and have limited food, Mr Coles told us about bread pudding that his mother used to make as not to waste the bread! He told us about the planes he would often hear overhead and the bombs that were dropped. Although he wasn't evacuated himself, he explained that he had met lots of boys and girls from bigger cities like London and Cardiff that had been evacuated.

Of course, we moved onto questions about school during the War. Mr Coles told us all about the cane and "clips around the ear", he said that school was tremendously different to the schools we have today. One of our favourite stories Mr Coles shared was about him annoying his sister (because there weren't many toys to play with during the War). Mr Coles had a catapult, but the elastic broke - they used to retrieve it from parachutes that had fallen from the sky and landed in the fields -  so he stole the elastic from his sister's knickers!!! Then, when it was time to get ready fo school her knickers kept falling down so their mother had to sew her into them!

To end a fantastic session of questions and answers, wel all enjoyed tea, (juice for the children) and biscuits! We loved hearing about Mr Coles' first hand experiences and can't wait to put our new found understanding into our future learning.