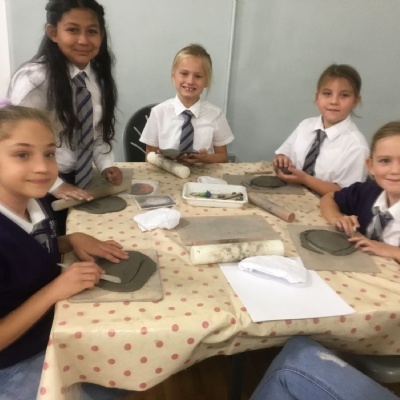 On the 21st of September, Year 4 visited Peterborough Museum for a Really Roman Day. We did lots of fun activities which taught us all about life in Roman Britain!

On the 21st of September, Year 4 visited Peterborough Museum for a Really Roman Day. We did lots of fun activities which taught us all about life in Roman Britain! 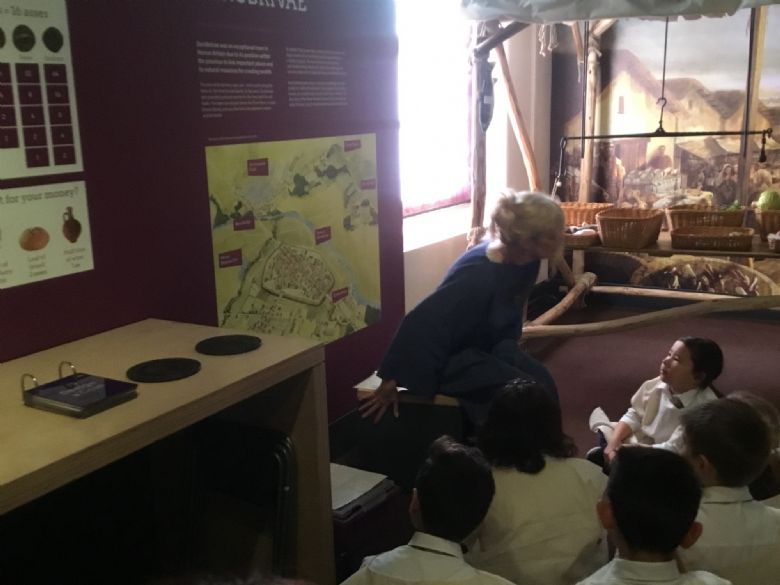 When we arrived at the museum, many of us were upset to learn that we had to dress up as Roman slaves! We then had to do lots of tasks to impress the Roman governor including finding him a toga to wear and preparing him a meal. While we all tried really hard to impress the governor, we were all unfortunately tricked by the lady running the Roman market stall as nobody noticed that she had given us the wrong change! 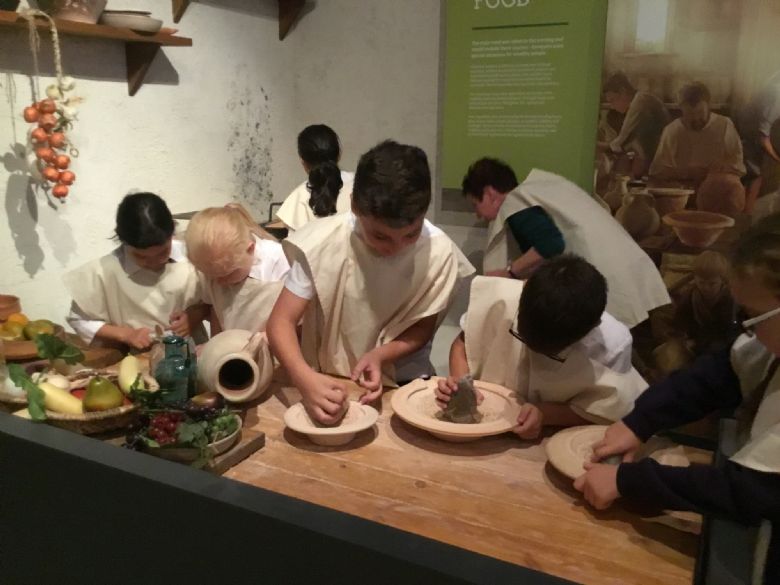 Next, we had fun looking at Roman clay artefacts and then had a chance to make our own Roman clay faces. This was great fun but we had to be quick to make sure the clay did not go too hard! 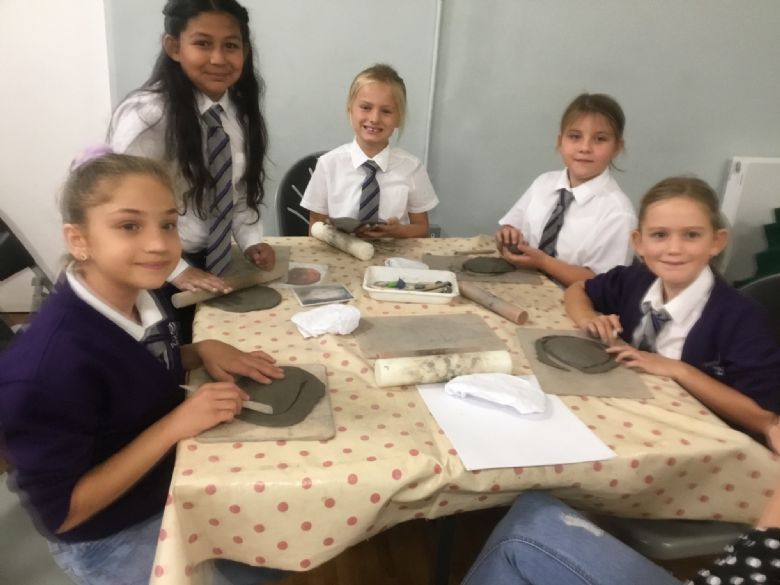 After lunch, we met a Roman soldier named Marcus. He tried to convince us that being a Roman soldier is much better than being part of Boudicca’s army. We learnt about Roman military strategies and got to have a go at lining up like Roman soldiers ourselves. Marcus also showed us all the different types of Roman armour which were very impressive! 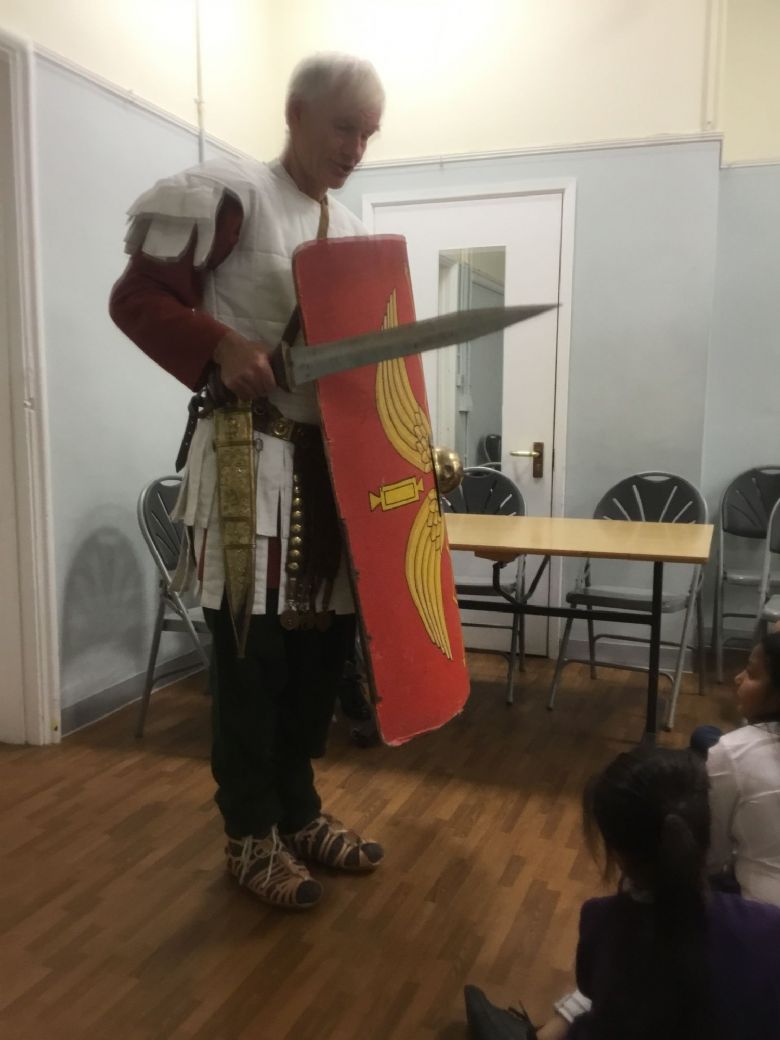 We then met Boudicca who also tried to convince us to join her army. She showed us how the Celtic army used blue paint in battle because they believed it meant that the gods would protect them. A lot of us were not convinced by this especially after seeing the Roman armour. This meant that many of us chose to be part of the Roman army even though Boudicca was the one who had been invaded by the Romans! 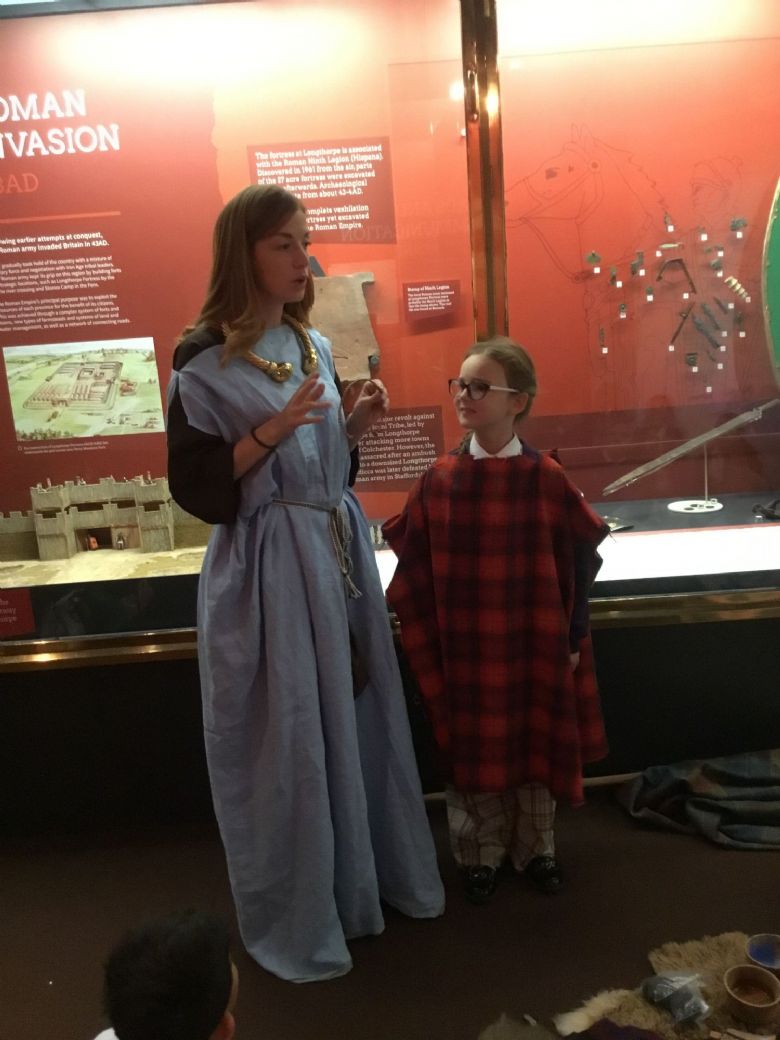 What a fun and exciting day we had learning about the Romans at Peterborough Museum!