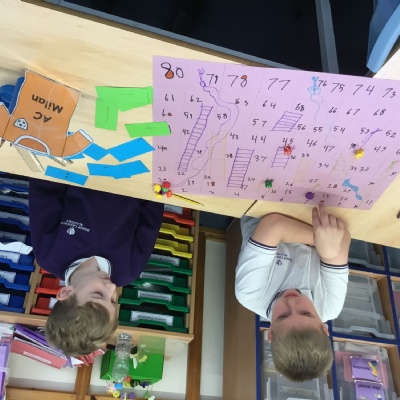 Year 3 were challenged to create a game in numeracy to teach others some basic skills.

In numeracy, year 3 were making board games to help each other learn the basic skills for numeracy. They were allowed to choose from addition, subtraction, multiplication and division.

We discussed different ideas for games based on games we have played previously. The children thought of snap, memory games, snakes and ladders and monopoly. We discussed how we could adapt these games to make our own.

The children then set to work in groups of 2 and 3 to create their games. We had some great ideas with children creating question cards that really challenged the children in the class. The children worked well in their teams delegating roles and listening to each other. It showed great teamwork from year 3!

Once the games were created, we had the fun of playing each game. Some of the questions were tricky but the children enjoyed having the chance to practice their skills in a game format.

Below are some photos of the children creating their games! 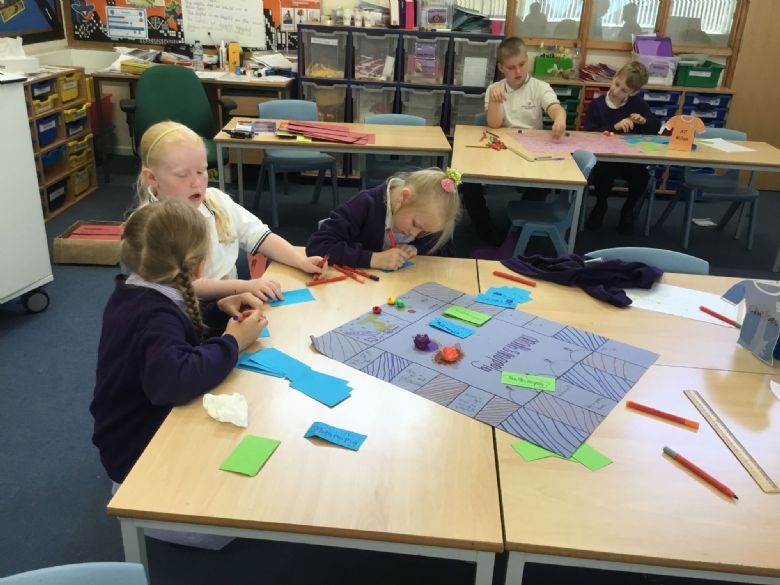 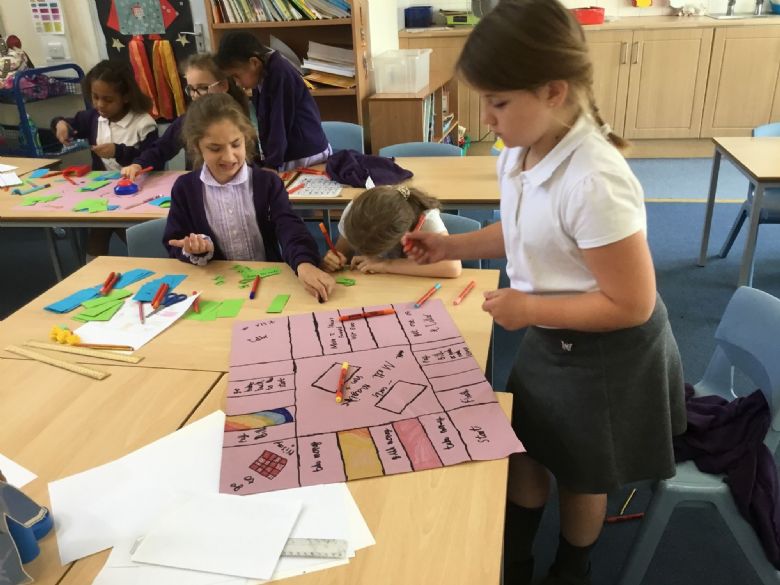 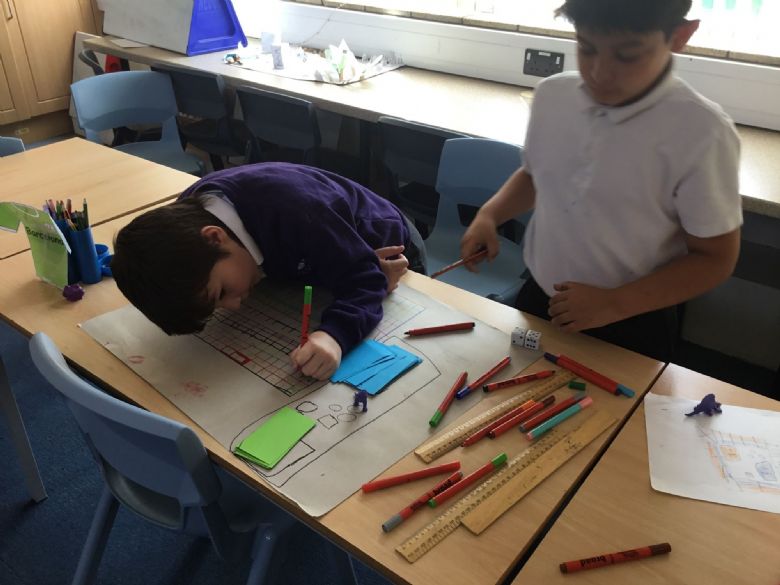 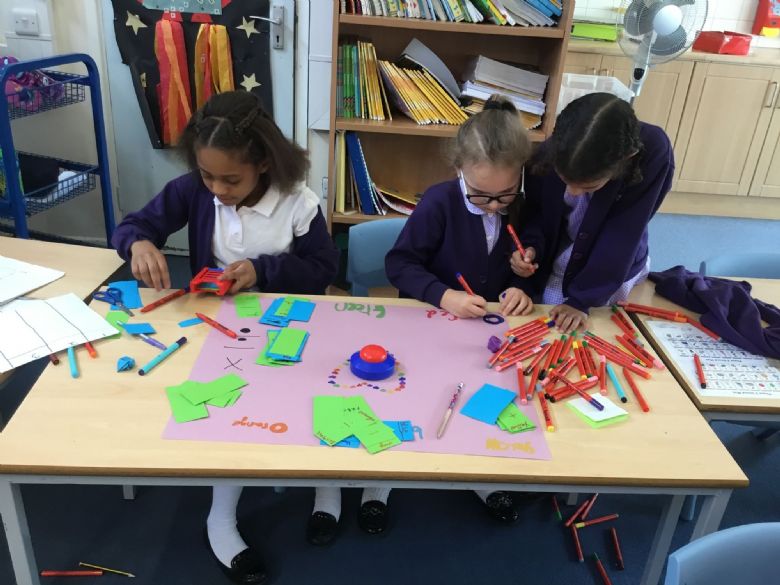 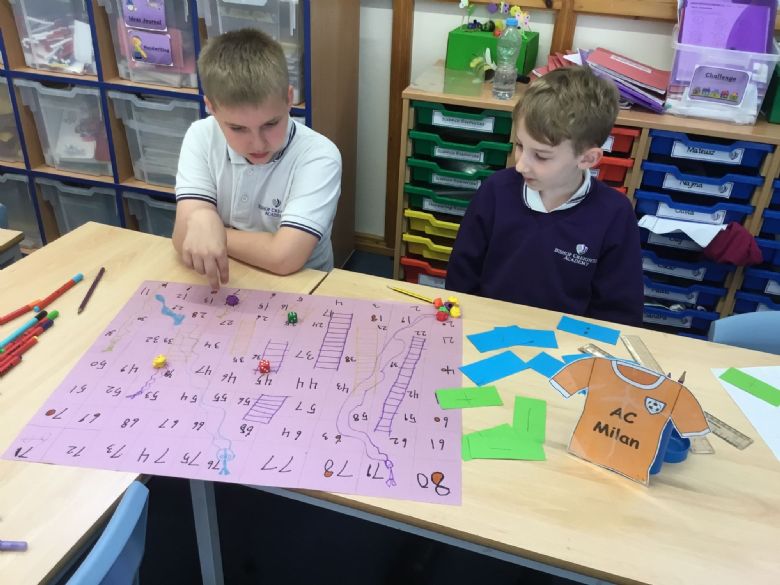