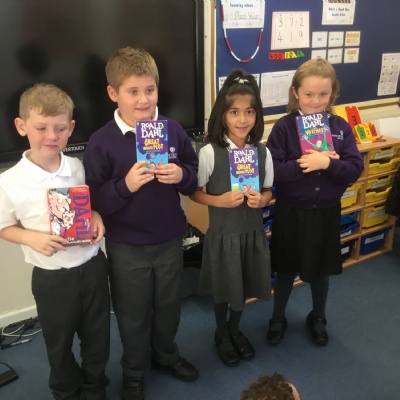 The children were excited for Roald Dahl day. In assembly we found out that today is the day Roald Dahl was born and if he was still alive he would have been 102 years old!

We spent the morning completing activities based around Roald Dahl's 'Fantastic Mr Fox.' We had to do some problem solving in maths to help Mr Fox work out the code for the lock the farmers had installed on the chicken coop. Year 3 found lots of different combinations for the lock. Poor Mr Fox was going to have to try lots of numbers!

We then read some of the story together to find out a little bit more about Mr Fox. The children described him as greedy, sneaky and clever. We then created wanted posters about Mr Fox for the farmers to catch him. We wrote descriptives sentences including a range of adjectives to describe what he was like. The children had great fun drawing a picture of Mr Fox.

In the afternoon, year 3 looked at the story 'James and the Giant Peach.' They designed and drew their own bug that could join James on the peach. The children were lucky enough to watch some clips of the story.

Thank you to the children who bought in a Roald Dahl book into school today. We enjoyed listening to the children read their favourite part of the book and telling us why they like that book.

We had a great Roald Dahl day and loved reading some of his stories! 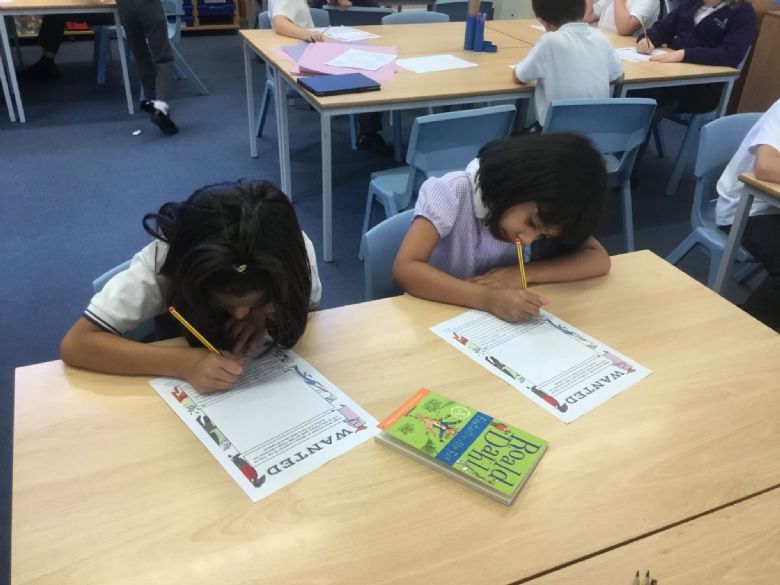