Finley Fish has written us a letter asking for help! Read more to find out what our challenge is and how we tried to solve it!

Finley fish needs a new home for his holiday and wanted the children to investigate which container would hold the most water. The children looked at the containers provided by Finley and, before even a drop of water was inside, they predicted which they thought would hold the most. We then talked about how we would know. Inês and Sophie suggested using a scoop to fill each container and count the scoops. Evelina was keen to tell us that it needed to be the same scoop each time to make it fair. 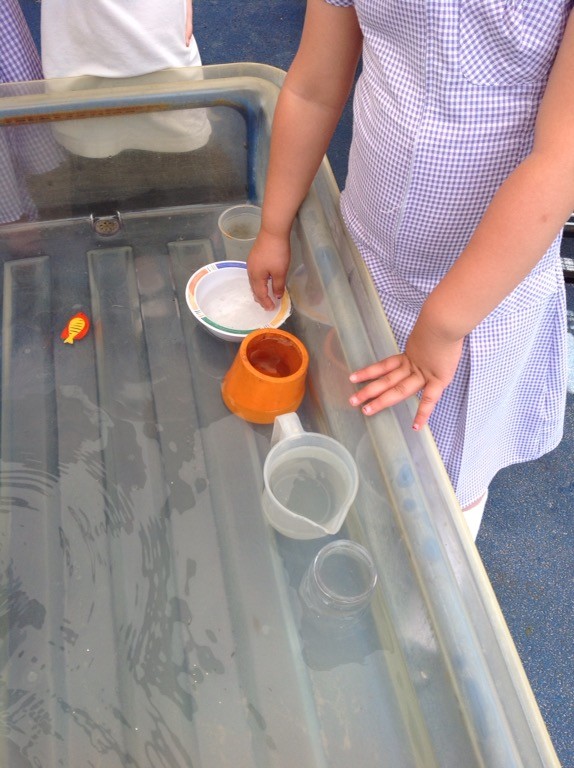 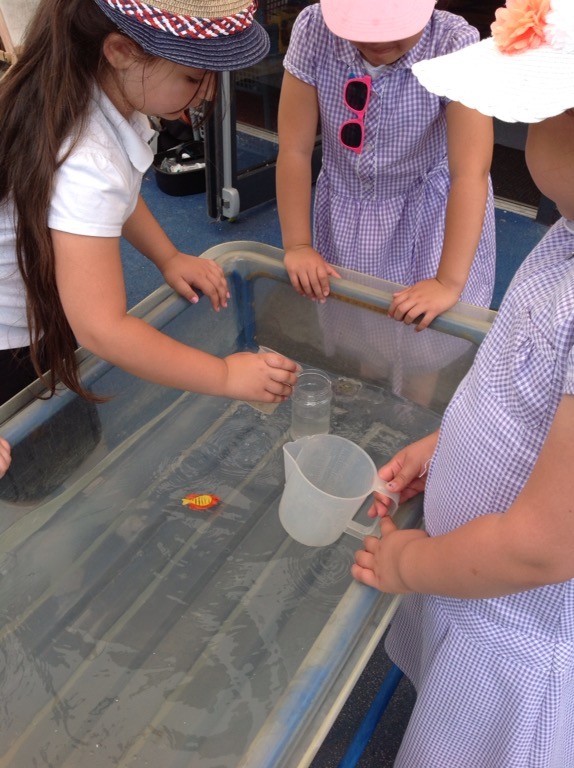 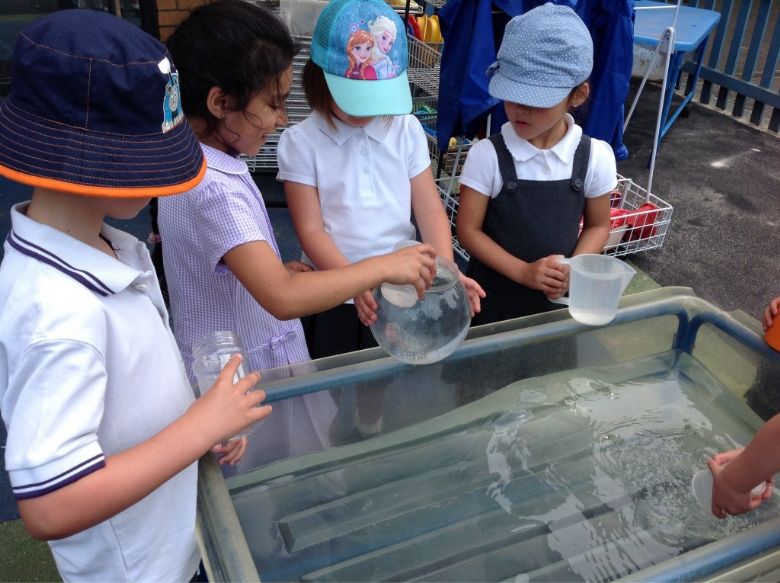 A measuring jug was sat next to the water tray and the children were asked if they knew what it was. "It's a measure jug thingy" said Ayza. "It's for cooking" suggested Serena. Ruqaya told us all that her mummy had one at home. They took turns to look at the jug and were very quick to notice the scales on the sides. We talked about the numbers which were going up in hundreds. "That number is 200" said Marra correctly. We counted in hundreds to one thousand and then each had a go at measuring different amounts of water on request. All were able to do this confidently. 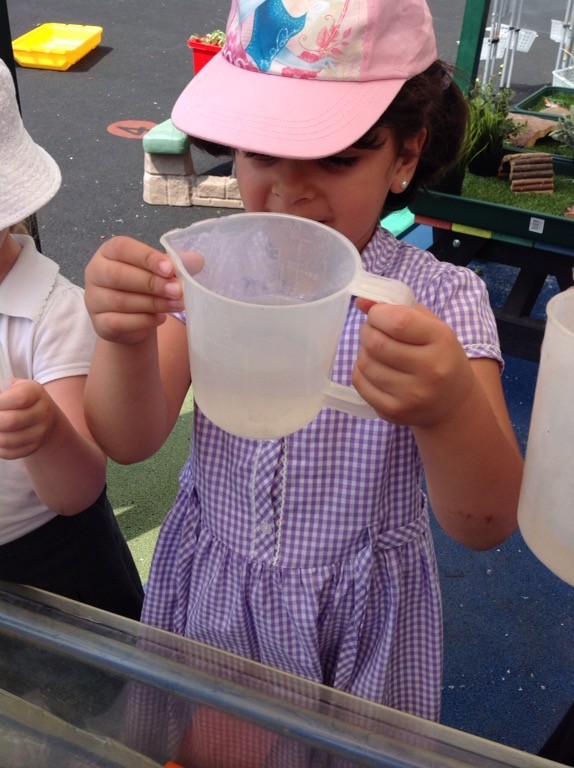 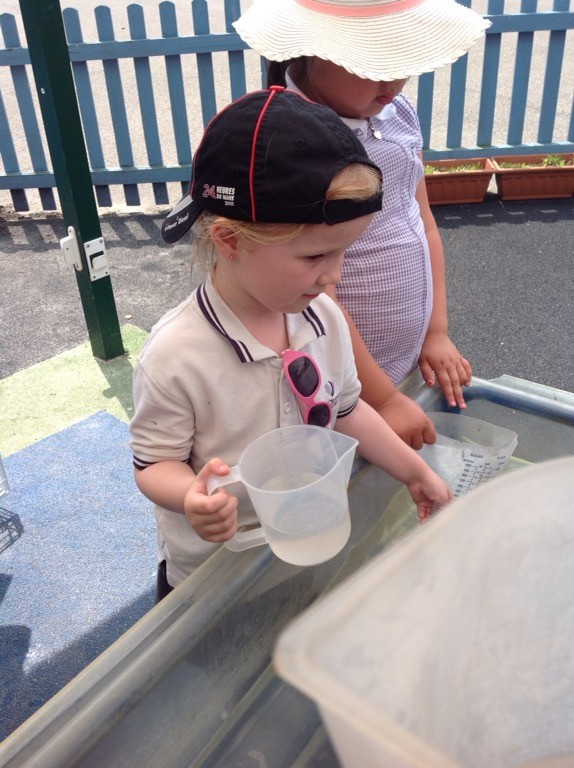 So, not only have we helped Finley by finding which container holds the most water, we have learnt how to use a measuring jug correctly and read the scale on the side! What super learning we have been doing this week in EYFS!