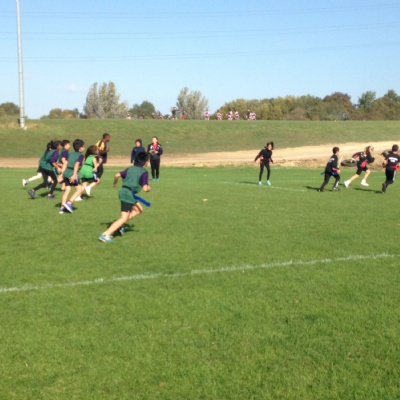 On Tuesday the 17th of October two teams of Year 5 and 6 pupils attended the annual school games rugby tournament at Peterborough Rugby club.

On Tuesday the 17th of October two teams of Year 5 and 6 pupils participated in the annual school games rugby tournament at Peterborough Rugby club. The event was attended by many schools around Peterborough. There were so many teams in fact, the schools were split into 4 groups and games were played over 8 pitches!

With 22 teams ready to compete, Team A and Team B were in their starting positions!

Team A won their first game by scoring 3 tries! Unfortunately they lost their second game but went on to beat their third opponents 3-0! In the fourth game it was very close, despite being 2-0 down, we worked hard in order to reach a 3 all draw with only a minute to spare. Right at the last second the opposing school scored so unfortunately it meant a 4-3 loss. As the lost game began Team A were eager to leave with a win! Awat played brilliantly and helped the team secure another 3-0 win! Brilliant work!

Team B were really enthusiastic the entire afternoon! They made a great star by winning their first name with Liya scoring the first try! Even though they tried their best and demonstrated brilliant teamwork they weren't able to win another game, but they put up a good fight! The smiles and fun we had in the sunshine made the day!

Despite not getting through to the semi-finals we all had great fun and enjoyed playing rugby competitively. Behaviour was super just like the smiles on our faces on the walk home! Well done BCA! #WeAreBCA

Please take a look at our photo album from the event! 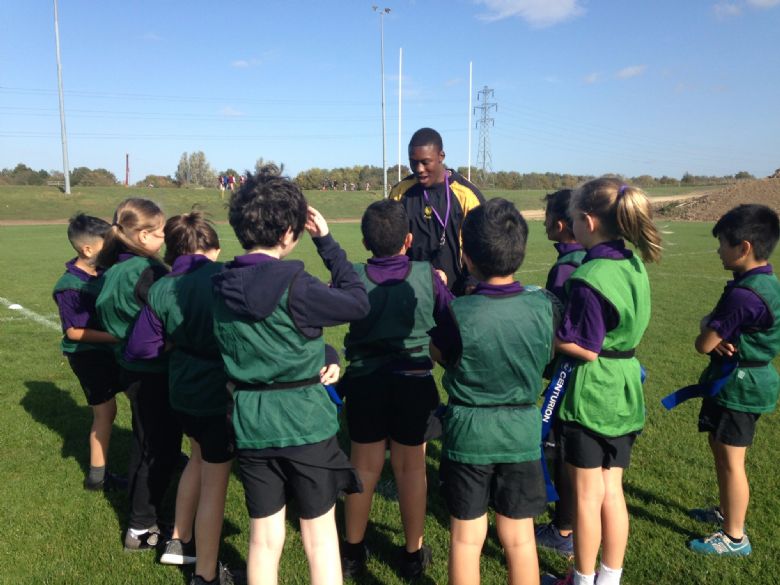